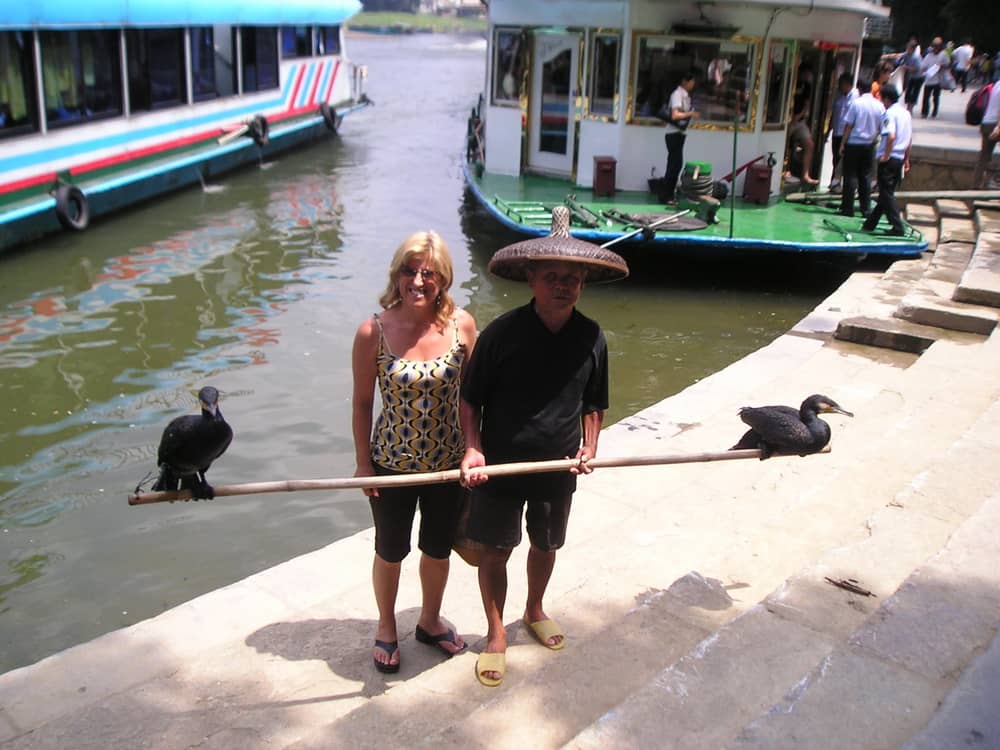 When leaving the boats in Yangshuo, tourists are attracted by the presence of a man, with two cormorants, waiting to get photographed. If he gets it, he will ask you for money.

It’s a ridiculous amount, so you better assume that you will pay him, don’t do it from distance (as we saw someone doing) and compose your picture as you like.

We were alerted to the danger of mosquitoes in China, specially in the night trip to see cormorants fishing.

Well, we had some mosquitoes, but we were not seriously bothered by them, maybe because, in this trip, following suggestions, we used too much repellent. But they were there, yes they were!

Clouds of them, by the lights!

Security in China seems not to match western standards everywhere: In a river, a bridge less than two meters wide has no lateral protection.

I saw no car crossing it, but motorbikes and walking people shared the narrow space, obliging to additional precautions.

We were supposed to visit a typical house of a rural family near Yangshuo.

We did! But the house was… a performance of the communist party. A couple of gentle functionaries demonstrating the use of the displayed stuff under the dominant look of… Mao.

Well… it really gave us an idea, it was free, and we were only gently invited to buy something, not forced.