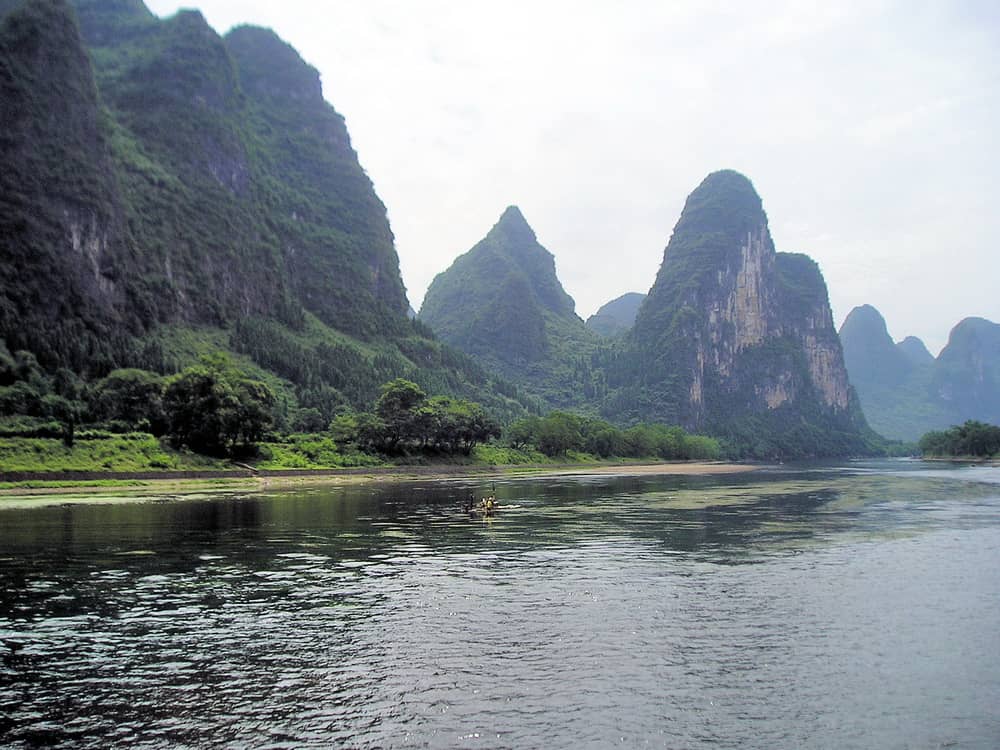 “A good photo” is the dream of every tourist descending Li River, but nature has its last word.

We left Guilin with rain, the guide saying that it was good for photo because it would open at any minute, probably without haze. Well, we had rain, haze, and no open sun.

​Different looks, different ambiences, provided several different results. Banu was caught by the haze and enhanced it in marvellous pictures you may see in Banu Burak’s publications.

I tried to capture everything and made… something, hoping that it will help my memories of Guilin.

In the 50 km from Guilin to Yangshuo, long segments of the river seem desert. Here and there, ducks and a few buffaloes, make us understand that the people is there, but living from something else than the river, disturbed by the out comers.

​That idea was confirmed by the quick and general views in our return by road from Yangshuo.

We come to a place with a series of expectations that sometimes are confirmed, some other… they don’t.

Traffic was an example: I was expecting the crazy hustle and bustle of India, or Thailand.

Wrong. The traffic is intense, but normal. There is discipline, order, and… efficiency. A very positive surprise, but… I’m going to Shanghai!

Li, you wash the dishes

Xi, you pass the dishes to the room

Pi, you take care of the costumer’s requests

Ti, you take care of the drinks.

Di, you smile at everybody, and help the other if needed.

Is that understood? Let’s move inside and work.