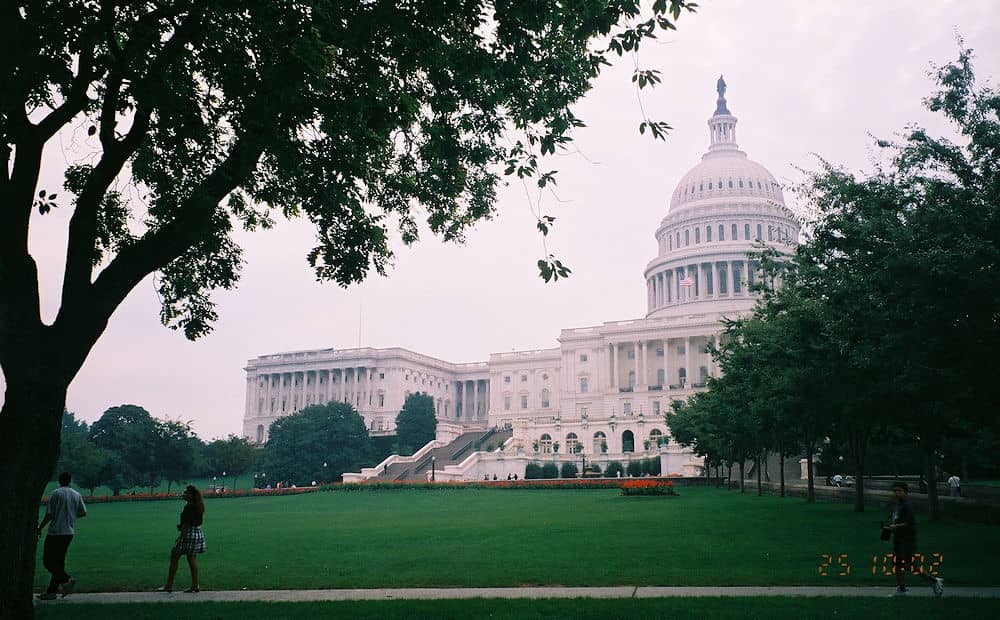 What is Washington DC? One state? One town? Two Towns?

This is what it looks to me. Visiting Washington DC confirmed that, as the political center, it is the most planned, organized, and rich complex of the USA, and, maybe, the world. But that is business, offices, state departments. Where do people live? Around that “town” there’s the second one, and for what I saw, the ugliest, the dirtiest, and, according to the guide, the most dangerous of all, in the USA. So, will it be fair to use superlatives about those wonders of “central town”?

​It must be hard to manage, the compromise between security, and everybody’s wish to be photographed by the white house.

I must confess that, for my surprise, security was (or seemed) not so tight as expected.

Of course, the fences were there, and the discreet guys were… discreet. We had our picture!

Symbol of the American state, this huge building was started in 1793, and after several destruction and reconstructions, it keeps standing as the icon of democracy.

It has a visitor center, but the visits beyond it must be booked in advance…. and we didn’t.

Stretching 3 kilometers from the Capitol to Lincoln memorial monument, it is dotted with many monuments, including Washington memorial, a high obelisk marking the centre of a cross, with the white house in one end and Jefferson memorial in the other.

If you want to see it in detail (and you must, of course) reserve a full day, and, don’t forget… use your car.

A Dry Experience
Escaping from the rain, the museum was a good idea, though, as a matter of fact, I expected more from it.

Maybe because I’d been in Cape Canaveral, I appreciated the way the interactive displays attracted the children, but the collection didn’t seem very rich.

Anyway, we passed an interesting (and dry) couple of hours.

The Rain Against Us

We didn’t really see the cemetery.

We arrived there under a very heavy rain, and could only have an idea of the local, visiting President Kennedy’s Memorial.

Directions: Metro Stop: Arlington, the cemetery is in walking distance. Across the Potomac from the Lincoln Memorial.

Humble and respectful
​
The Vietnam Veterans Memorial, atempting to soften painful memories, joins three elements: the Three Servicemen Statue and Flagpole, the Vietnam Women’s Memorial and the Wall of names.

This one is the center of attention, for people that easily forgets the other elements. Almost hidden in the lawn, a long black wall registers the name of the 58.249 victims in Vietnam war.

As you descend to the bottom, you start feeling smashed by those names that silently pass at your side, hoping for a release at the end of the long corridor. But no.

There, at the end, only a crown of flowers reminds you that the nightmare was real. And as you emerge to the light, in your way back out, you can’t stop yourself from thinking: Why? Whose responsibility?

Facing Capitol building, at the other end of the national mall, a large but austere monument celebrates Abraham Lincoln’s memory. To a foreigner it is just a common big and modern monument, but it’s easy to understand what it means to American people.

Reproducing a Greek temple, with Doric columns, it was built in 1922 by Henry Bacon,with a statue conceived by Daniel Chester French.

Skipped U.S. Botanic Garden
​
Our guide didn’t even mention a big building by the Capitol, but I had to make a picture of it.

Back home I found that it is the US Botanic Garden with a very rich history, and, for sure, a great visit… if it weren’t the rain and shortage of time. Next time… I will know.

Who says I don’t appreciate Chinatown?

Where else could I buy an umbrella by $5, right exiting the restaurant, to face an unexpected rain?

(The French group was surprised, thinking I was prepared, and carried the umbrella with me. Shall I tell them the truth?).

I couldn’t see much of Chinatown, but visiting Washington DC under the rain, it was one of the most useful stops.