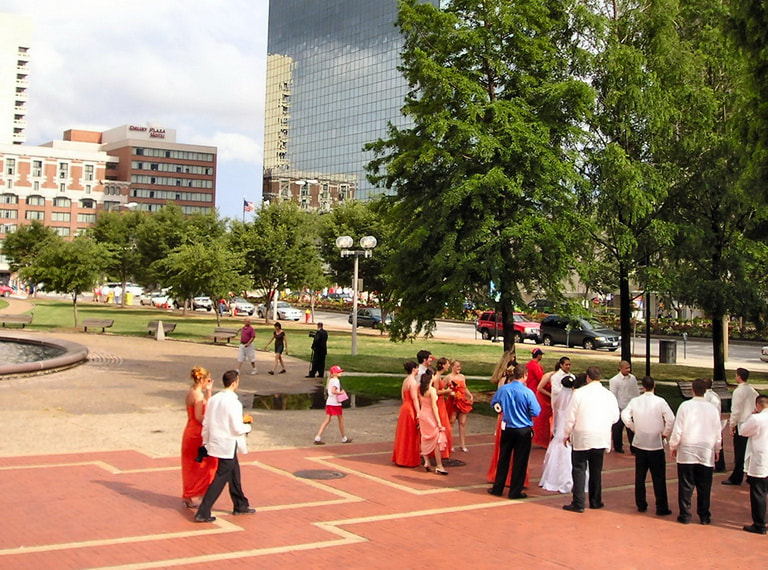 I don’t know if it is really a local costume, but it gave me that idea. I know that the American use to exaggerate in wedding festivities, with well-prepared performances, with rehearsals, hard preparation, and dressing in a… a… an American produced way (Portuguese will understand what I mean. The other… let’s hope they will).

Until arriving to Saint Louis I had never seen a whole marriage in uniform (in San Francisco there was diversity). But they were there. The blue marriage taking pictures, against the beautiful frame of the arch and courthouse, and the red marriage waiting their turn.

​One thing they achieve: it’s harder to intruders!