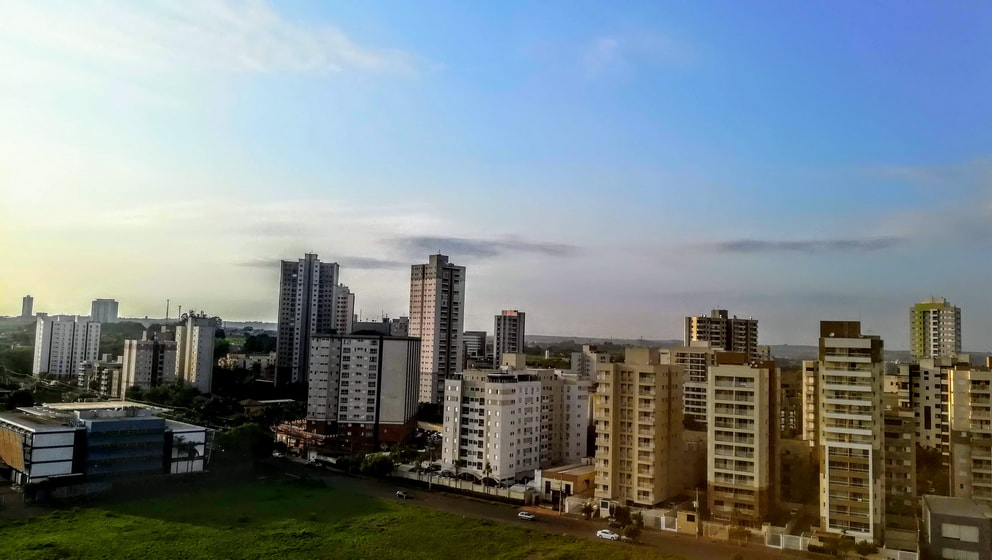 Agricultural capital of Brazil, Ribeirão Preto is a city of reasonable size, which is far from a major tourist destination.

​I went there for a wedding, and we had two days to build a slight idea of the city.

Carlos Gomes was the name of the first great theater built in Ribeirão Preto. In 1930 Pedro II Theater was built, with twice the capacity and better location, which made it lose usefulness, being demolished in 1944.
In its place there is today a simple square, which is confused with the nearby XV de Novembro square, and which probably only retains the name of the theater as a tribute to the role it represented in the local culture

Coming from 1890, and since 1985 classified by Condephaat, this square in the city center has undergone several systematic changes. The last one ended in 1944, after the construction of the light source and the ​monument to the constitutionalist soldier of the 1932 revolution. It is a pleasant square where, when we were there, one could walk without the security risks common in many urban squares of Brazil

Built in 1930 when the theatre Carlos Gomes proved insufficient. was, for decades, the main cultural reference of Ribeirão Preto, receiving great theatrical and opera companies and political events.

In the sixties, adaptation to cinema transformed it, and led to decadence, which culminated in a fire in 1980.

The reaction of artists, intellectuals, citizens and politicians led to the building being classified in 1982, paving the way for its recovery, and was reopened in 1996, with improvements that made it the third largest opera house in the country.

One of the most famous breweries in Brazil, it was inaugurated in 1936 and has earned the reputation of serving “best beer of Brazil”, being frequented by tourists and famous artists.

In 1965 it was bought by Albano Celini, and went on to register more than two thousand people, serving in crystal tulips beer with a process of freezing that makes it pass for more than 800 meters of serpentine, till the exit of the pump.

It was this already thriving business that, in 1977, was moved to a beautiful building  next to theater Pedro II, in the so-called “Paulista Quarter”.

We did not dare to sample the “chop” (I’m not really a connoisseur), but we enjoyed the visit.

The Museum of Art of Ribeirão Preto was inaugurated in 1992, with the purpose of gathering the artistic heritage of the city hall, and it ts an institution subordinated to the Municipal Secretary of Culture.

It is installed in the old building of the Recreational Society, inaugurated in 1908, which was also the seat of the Municipal Council of Ribeirão Preto.

Built between 1904 and 1920 with the precious help of the coffee barons, to replace the old cathedral, the Metropolitan Cathedral, has as patron Saint Sebastian.

ith Gothic lines, the most relevant details are the stained glass windows and the frescoes painted by Benedito Calixto in 1917.

Located on the roof of a building belonging to the Ribeirão shopping mall, and functioning as an outdoor garden on the second floor level, this much vaulted garden closed to us.

​Copious rain allowed us no more than a glance through the door, wondering how pleasant it must be in good weather, and with the excitement of the frequent musical events.