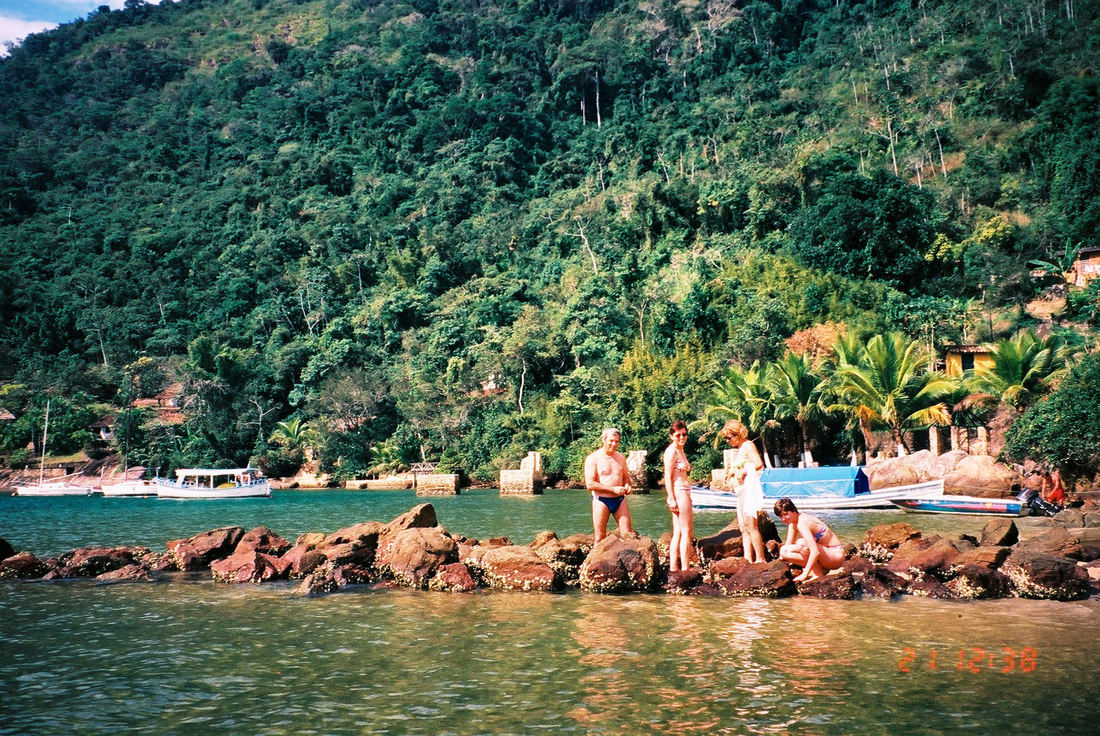 I had a very strong sensation of travelling back in time twice in my life: first when, lost near Tours, in France, I found myself in a never heard location called Richelieu; second, entering central Parati. And that because in most of the places, the historic elements, either show the effects of time, or evidence the efforts of maintenance and recuperation. In those places, no. Everything was naturally antique and preserved. My wife went there not very convinced, because her purpose was to know Angra dos Reis, each day promoted in the novels that fill our TV. But she returned as conquered by Parati, as disappointed by Angra dos Reis.

If you are not a Portuguese, and never visited Obidos, for instance, you will not understand the feelings and sensations of walking those cobblestone streets, lined with those familiar houses, in a present full of past, there understanding the real meaning of “Pais irmão” (Brother Country).

This is a feeling only available to Portuguese, but the beauty and authenticity will hurt you the same.

The local beach is not very appealing, but, by car or by boat, all around Parati there are lots of secluded or wider beaches, inviting you to swim.

Angra dos Reis is famous for those beaches, maybe because it is closer to Rio de Janeiro, but Parati has nothing to loose in comparison.

There is a difficult to access beach, that even surprised our Brazilian driver, who asked me how did I know about its existence.

After passing by a remote indian village (where we were asked to pay something), the beach was a real wonder.

In our way to Parati Mirim we passed by an Indian village. The Indians forbidden us to make pictures, but, as you may guess, some Reais, opened all the needed smiles.

One thing I owe them: not telling you the way.

Parati is mainly a marvelous old Portuguese settlement by a sea dotted with islands, however, if you look inland, the wonders are also there, with the luxuriant jungle bordering the old roads used to bring gold from Minas Gerais to the coast.

In most places is hard to disguise the limits between nature and plantation.

For a Portuguese, obliged to see hundreds of Brazilian novels a day in TV, Angra dos Reis became a mythic synonym of richness, beauty, and quality of life.

That’s why, on arrival, the sensation was – disappointment. Angra is a common town; the marvel is in the sea. So… take a boat and leave. But, if you accept my advice, go a little further, and use Parati as your launching harbor.

​The bay is the same, and the base… be my guest in Parati’s page

And we didn´t like it because we just saw the harbour, had a reasonable lunch, and moved to Parati.

We know that the highlights of Angra are the islands, that we visited from Parati. And with so many private islands in that paradise, it should look better if you’d get an invitation. So… make a local friend. But with a private island, don’t forget.

Back to Parati page
in Parati
| Tags: To see