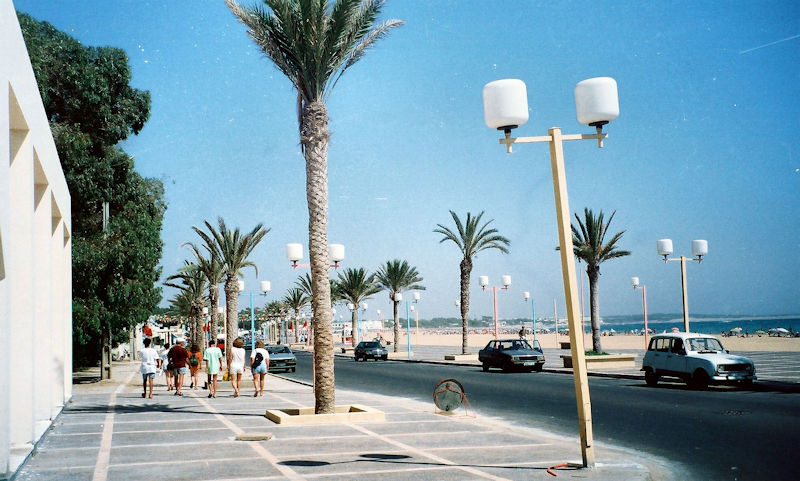 Agadir was destroyed by a violent earthquake about 50 years ago. We can see some ruins of the old city, but Agadir is now a modern city. Thus, it is not a great place to see traditional Morocco, only one of the best Moroccan beaches.

That’s why we spent a week in the beach, and another one travelling in the “old Morocco”, in a perfect combination.

​​Touts in the beach

In our first day in Agadir we were contacted in the beach by a nicely speaking guy, inviting us to a “superior” fish lunch in the authenticity of the harbour.

We accepted, and went with him. Well, the ambiance was real, the lunch, served in very rustic conditions was plentiful, the fish was fresh, but… we payed 3 times its price in the regular restaurants. Only one or two days later I remembered that the price could have been established expecting the usual bargaining, but, in our first day, I forgot it and payed the presented bill, as usual in Europe.

The wide beach of Agadir, in the afternoon, looks like a series of soccer fields. Hundreds of youngsters share the large space in a never-ending animated competition.

The wet sand is hard, making the games look more like the regular soccer than beach football. I think that only in Brazil we saw something alike, but by the beach, and not in it.

Back to Agadir page
in Agadir
| Tags: Warnings