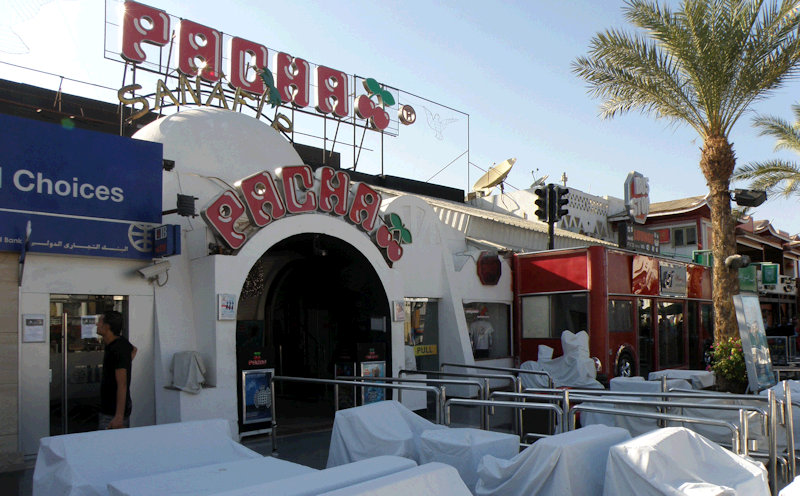 We had a free entrance to Pacha Sharm, and used it. Maybe because we arrived and left early (past 2 AM!) it was almost empty. I saw that the room is adaptable, and though a large space was out of use and wisely covered the sensation of emptiness was dominant.

The music is… the usual electronic hammer, and the space to dance was small, what didn’t matter because people kept dancing in corridors or by the counter, to keep drinking without interruptions.
Funny decoration, it really may be hell in the featured parties, where the pool (one of the out of service parts) may play a strong role.

Restaurant during the day, bar-discotheque after hours, I had a drink there. We were a very animated group, and for some minutes we had fun, dancing… I mean… moving in the repetitive rhythm of the electronic noisy music.

​After that time, it became boring and tiring, the drink was over, and we moved away, giving space to the kids that kept… moving until… I don’t know.

There’s a shop where you may buy clothes to promote the brand “Hard Rock Cafe”, in the actual marketing concept – instead of receiving anything for that promotion, you will have to pay for the chosen article the double or triple of its regular price. How long will it last, this silly “culture”?