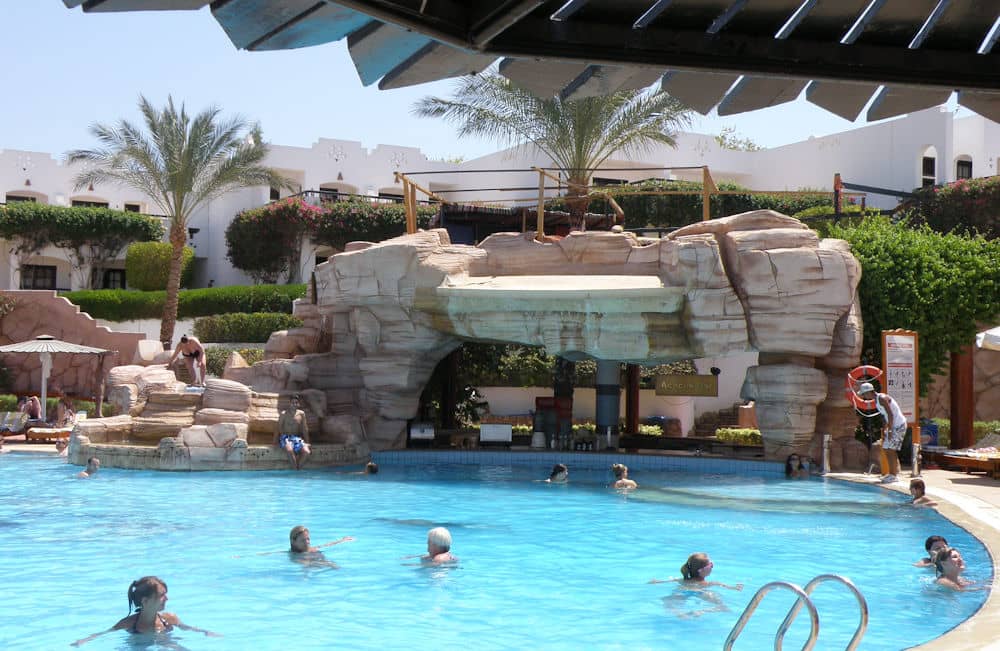 We were a large group and came with very different ideas. Some of my friends found the hotel awful, with bugs in the rooms, lousy food and the all-inclusive basis only a metaphor to say full board, complemented with the chance to drink the poison that they call “local drinks”, presented in three different bottles supposed to have whisky, gin or rum, but all of them having the same… that!

I don’t totally agree – I had a good room without bugs, the food was poor as expected in four stars in africa, and the poison, mixed with the occidental poisons called Coca-Cola, Fanta or Sprite, something not fatal.

The beach is far to walk, close using the free shuttle, that runs only four or five times a day. There’s a bar, but the all-inclusive doesn’t go so far, so the water is charged at touristy prices.

Back to the hotel, the pool is good, and the animation team is amusing.
Address: Motels Street, Hadabt Om-El Sid, Sharm El Sheikh, Egypt

We stayed in this hotel in 2002 for a week, and we “used” it so intensively that we had no time to see… Sharm-el-Sheikh. That´s why only after the second visit I decided to write this page.

This second time I only saw it from the sea, but… remembered with nostalgia the good moments lived there.​